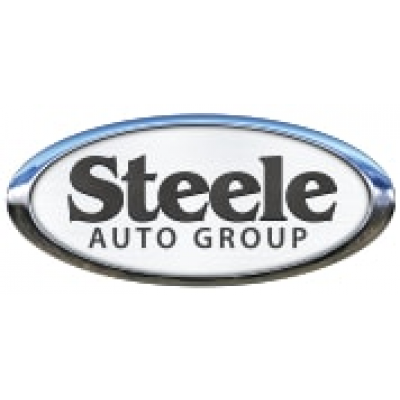 Steele Auto Group is committed to providing the Best Customer Buying Experience and to solidify ourselves as the "Destination of Choice for Everything Auto" for employees and customers alike.
Here is your opportunity to put your sales career into drive.
Bridgewater Honda is currently seeking a Sales Representative to join our team at our Powerhouse location. As one of Canada's Best Managed Companies, the Steele Auto Group is committed to the growth and development of our employees. We believe we are only as strong as our staff, so if you are looking for a challenging, rewarding and exciting career, we invite you to apply today.
As a Sales Representative you are a consultant, assisting our clients in selecting their vehicle. To do this career effectively and efficiently, you will learn the brand and more importantly, you'll be highly attuned to what our clients want and need. You will provide a high level of service, relying on your excellent communication skills to ensure our clients are satisfied.
Responsibilities include but are not limited to:

If you want to work for an organization that values and rewards hard work, innovative thinking, and continuous improvement, please apply today; be sure to include your resume and cover letter.
We sincerely thank our applicants interested in this opportunity and wish to advise that only candidates invited for an interview will be contacted.
Steele Auto Group is an Equal Opportunity Employer. If selected for an interview, please advise us of any accommodations you may require throughout the recruitment process.
To learn more about our company, culture and opportunities please visitwww.steeleauto.com
Apply Now

Steele Auto Group is the most diversified group of automobile dealerships in Atlantic Canada, with 35 dealerships selling 26 brands, 7 body shops and an employee base of over 1,700.

The first dealership - Steele Chrysler, formerly known as Collins Chrysler, has grown to be one of Atlantic Canada's leading Chrysler dealers. Steele Volkswagen was added in February 1998, and Volvo of Halifax and Steele Jaguar were added to the Steele Auto Group in August 1999. A new state-of-the-art facility was constructed for Steele Volkswagen, and officially opened in June 1999.

The following year brought further growth with the addition of Steele Hyundai and Land Rover of Halifax in 2000. The Steele Clearance Centre was also established that year - home to the region's largest and best selection of pre-owned vehicles.

Over the next two years, the Ford and Mazda brands were added to the Group - Wood Motors Ford in February 2001, Steele Mazda in July 2002, and Taylor Ford Lincoln in December 2002. Wood Motors and Taylor Ford Lincoln were merged in January 2004 to become Steele Ford Lincoln, the largest Ford dealer in HRM. Extensive renovations on both the Ford and Mazda facilities were completed to provide improved service and selection for you. Porsche of Halifax was established in late 2005, and a new state-of-the-art facility was constructed for Steele Hyundai. Also in 2005, four of our Body Shop operations were consolidated into two large stand-alone units known as the Steele Collision Centers, Halifax and Dartmouth.

Dexter's Subaru and Dexter's Audi, both in Halifax, and Steele Subaru Dartmouth were acquired in July 2007. In 2010 we added Halifax Chrysler in Bayer's Lake Halifax. And on May 2nd, 2011 we were proud to welcome MacPhee Chevrolet (now known as Steele Chevrolet) into our group bringing the total up to 15 dealerships.

On April 1st, 2014 we've further added to our group with the acquisition of City Chrysler located in Cornerbrook Newfoundland.

In the spring of 2015 we purchased the OLeary Auto Group comprised of Oleary Buick GMC and Fredericton Hyundai both in Fredericton New Brunswick. Soon after came Fairway Honda in Corner Brook Newfoundland rounding our Newfoundland footprint to 2 dealers. Adding to the acquisition sprint, Subaru of Moncton in New Brunswick came on board as our first dealership in Moncton.
In July 2015, Subaru of Moncton was acquired, expanding the Auto Group beyond Fredericton into Moncton, NB.

In January 2016, Metro Mitsubishi and Halifax Mitsubishi were added to the Group.

Colonial Honda was acquired in February 2016, also adding a fifth body shop to the Group.

Between December 2017 and March 2018, Steele Auto Group acquired 9 dealerships throughout Newfoundland.  In St. John’s, Mercedes Benz St. John’s, City Honda, Steele Mazda St. John’s and Tucker Acura were added to the Group. Gander Hyundai, Gander Kia, Gander Toyota and Simmons Honda, all in Gander, joined the group, and Penney Hyundai in Grand Falls-Windsor was also added to the group. This acquisition added the Group’s second Powerhouse location at Simmons Honda, as well as a sixth body shop in St. John’s known as Collision Experts.
Tantramar Chevrolet in Amherst, Nova Scotia was acquired in March of 2018, adding the 7th body shop to the group and the 4th GM dealership.

In June 2018, Acura of Moncton was acquired, growing the Group’s footprint in Moncton, NB.
We now have a grand total of 26 brands with 35 locations throughout Atlantic Canada, making us the largest Automotive Group in Atlantic Canada. Renovations and improvements continue as we grow and expand, demonstrating our on-going commitment to providing the region's best possible value and choice in new and pre-owned vehicles and service. Recognized as one of Canada’s 50 Best Managed Companies, we are proud to offer competitive wages and benefits, company match RRSP program, Employee and Family Assistance Program (EFAP) and a safe, professional and dynamic work environment to our employees.